Bitcoin (BTC) has gained momentum to surge past $19K after dropping to lows of $18.3K after the U.S. inflation data was released on October 13.

Market analyst Ali Martinez believes the leading cryptocurrency should stay above $19,200 to reduce selling pressure because this is a significant level. He pointed out:

The United States Bureau of Labor Statistics (BLS) published the latest inflation figures with the Consumer Price Index (CPI) for all urban consumers growing by 0.4% in September, Blockchain.News reported.

As a result, a broad market reaction emerged, sending shivers down the crypto market, with Bitcoin dropping to lows of $18,319.

“Thursday has been an expectedly volatile day after inflation data was released. Bitcoin dropped to $18.3k, its lowest price level since September 21st. However, as traders were in the midst of stopping the bleeding, BTC & the SP500 rapidly recovered.” 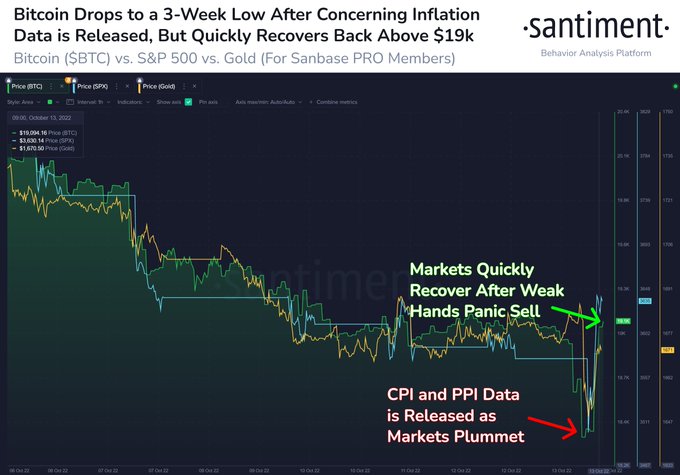 Even though Bitcoin’s social dominance has dropped based on the back-and-forth experienced in the market, the leading cryptocurrency was up by 3.38% in the last 24 hours to hit $19,623 during intraday trading, according to CoinMarketCap.

Since some traders have been eyeing short-term pumps, this has also caused BTC’s social dominance to decrease. Santiment explained: 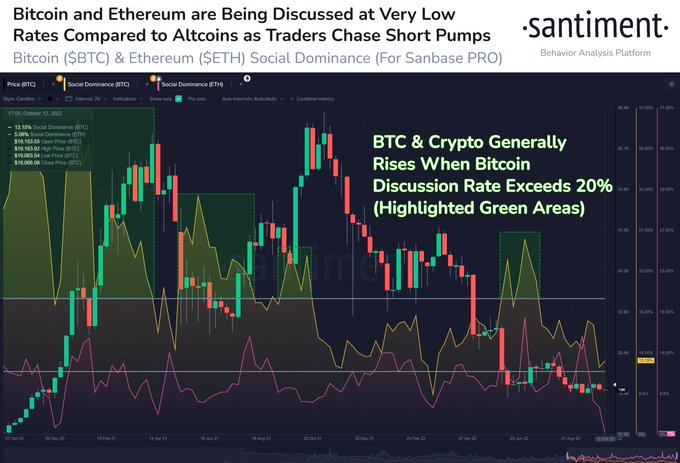 The U.S. Federal System has resorted to interest rate hikes to tame runaway inflation, which has been detrimental to the crypto market. With the latest CPI data being higher than expected, it remains to be seen what move the Fed will take next month. Will Huobi Token continue to rally on its 100% Returns?