With $9.2 million netted as revenue, OpenSea, the world’s largest NFT marketplace led dYdX, PancakeSwap, and Ethereum Name Service with the highest monthly growth in September. This, according to data from cryptocurrency research platform Cryptorank.

Interestingly, the $9.2 million accrued in revenue by OpenSea in September represented a 23.2% decline in the platform’s revenue in August.

All is not good in the hood

Although OpenSea ranked as the decentralized application (dApp) with the most revenue in September, data from Token Terminal revealed that there had been a consistent fall in daily revenue on the platform over the past few months.

It is common knowledge that tightening economic conditions and a general decline in the cryptocurrency market have led to investors’ interest shifting from speculative asset classes to those with less associated risks. This has led to a severe decline in the demand and sales volume for NFTs as a class of digital assets.

Per data from Dune Analytics, sales volume across NFTs marketplaces has plummeted since the beginning of the year. Leading the squad with the most decline, monthly NFT sales volume on OpenSea has dropped by 94% in the last ten months. For context, OpenSea closed January with a sales volume of $5.88 billion. By the end of September, this had dropped to $343 million.

Likewise, LooksRare, with $11 billion in sales volume in January, saw a 97% decline in the same by the end of September. 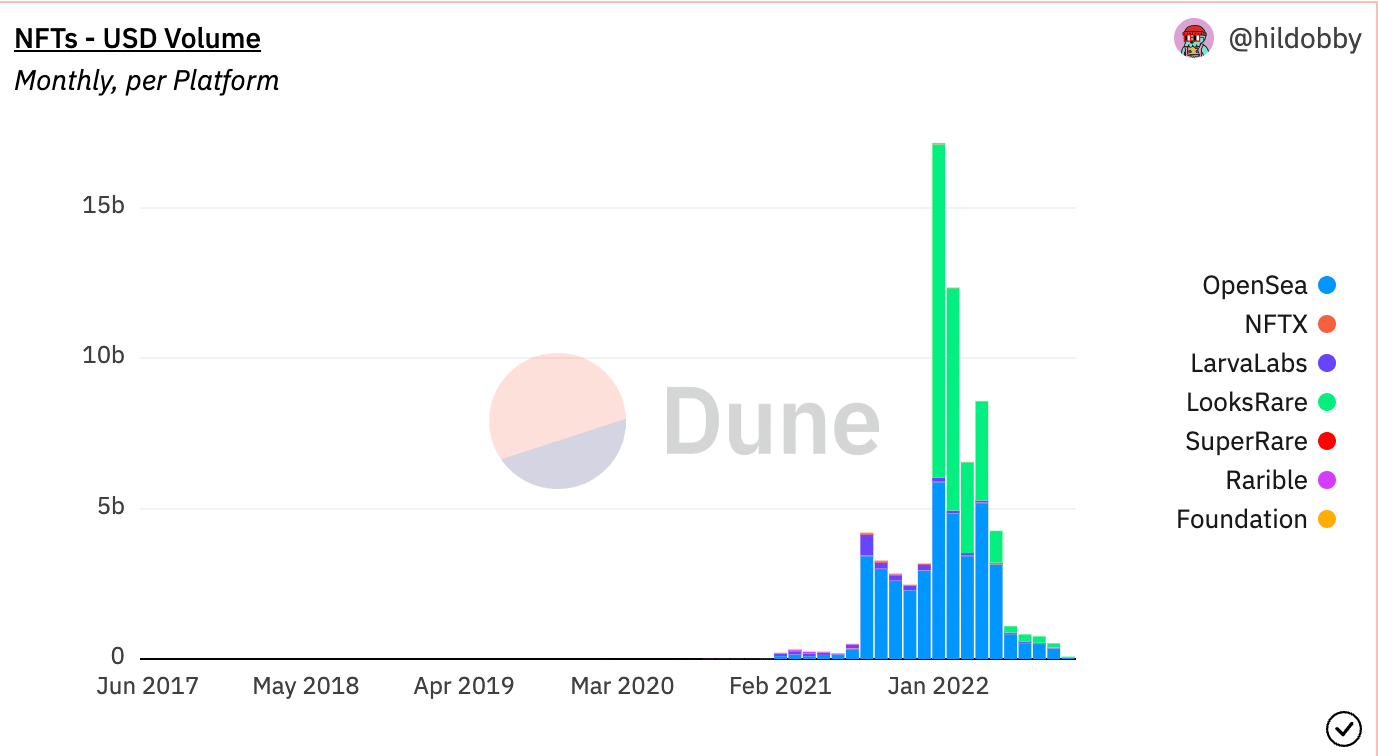 Willing buyers and sellers who use these platforms facilitate buy and sell transactions on NFT marketplaces. However, with a persistent decline in interest in PFP NFTs, the count for monthly NFT buyers and sellers has dropped significantly since the year started. 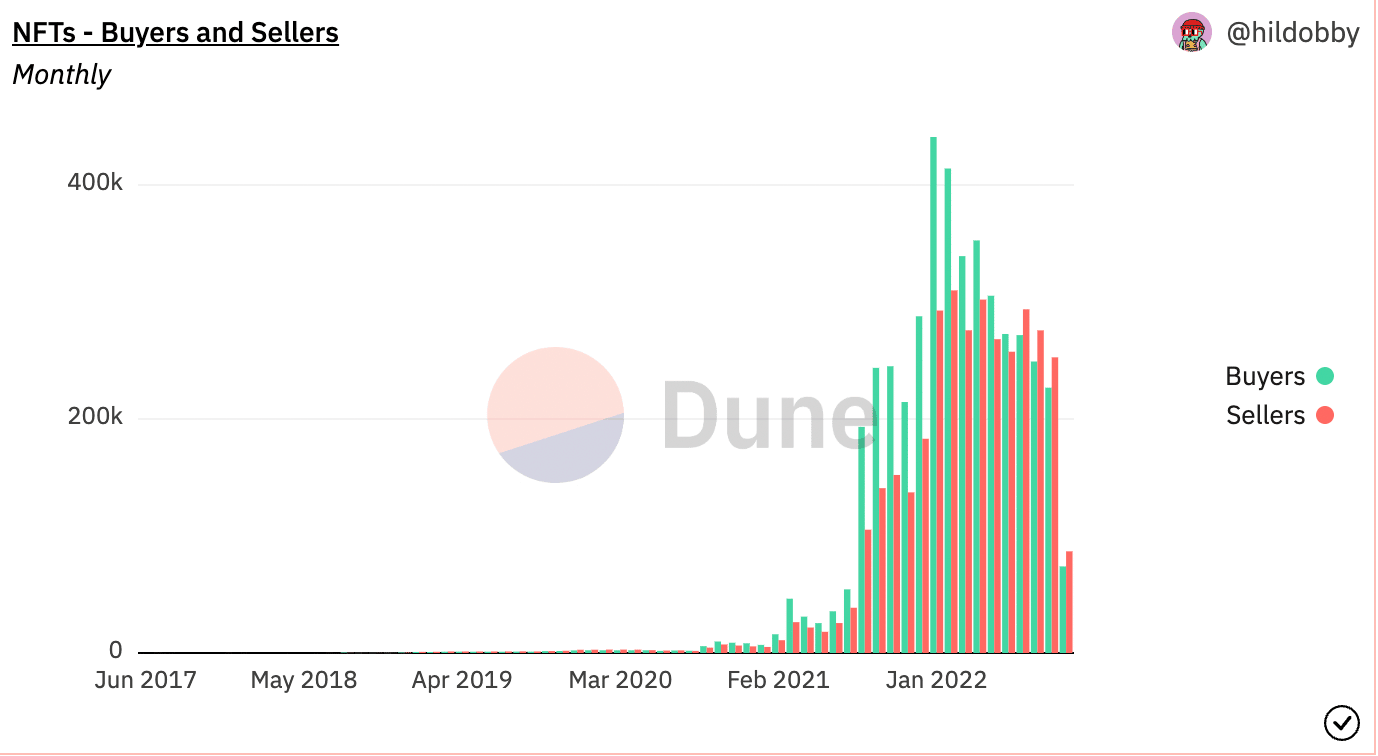 With a fall in buyer and seller count across NFT marketplaces, NFTs transactions count also fell. According to Dune Analytics, OpenSea logged the highest decline in transactions count since January. The marketplace closed January with 4.9 million NFT transactions. However, as investors’ interest dwindled as the year progressed, the transaction count was pegged at 1.7 million by the end of September. 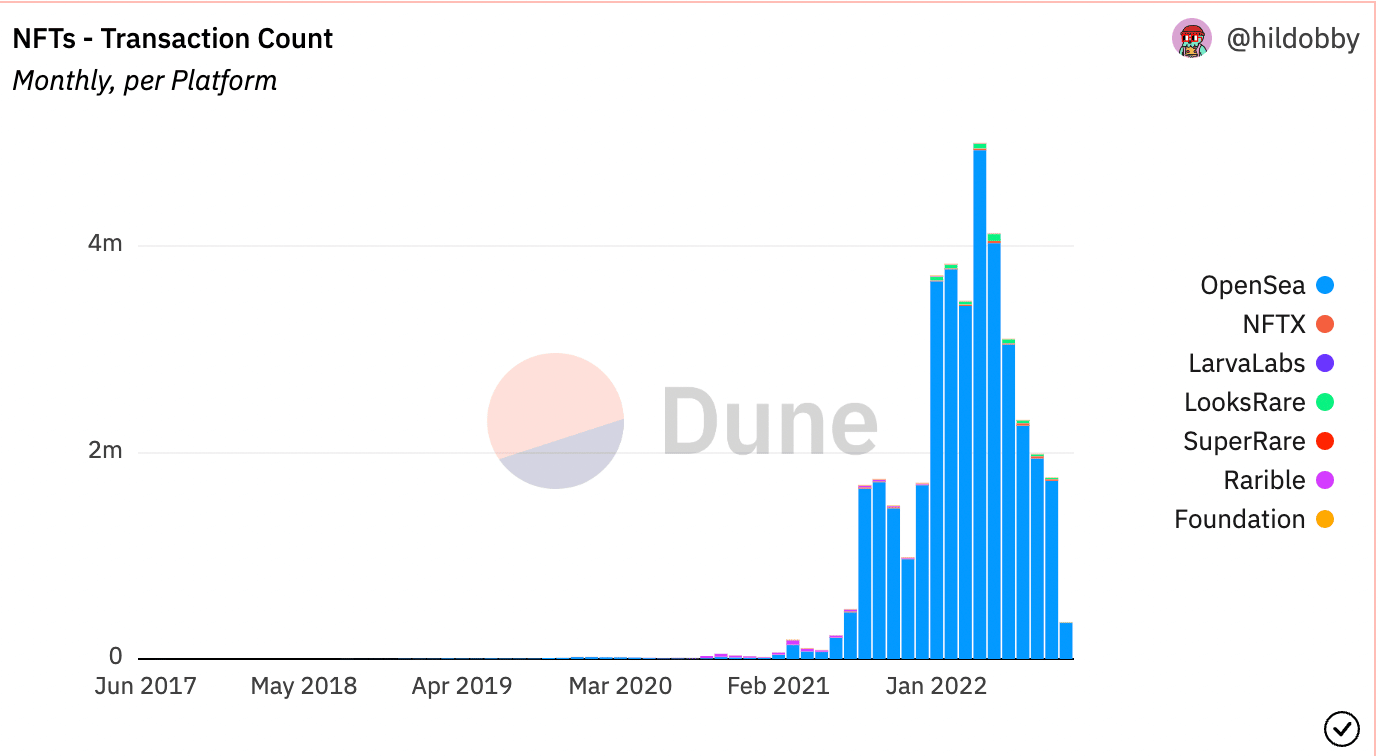 With the NFT ecosystem largely dominated by PFP projects, a consistent decline in this category of NFTs might lead to heightened investors’ interest in music NFTs, gaming NFTs, and so on. Warren Says FTX, Celsius Falling Under ‘Weight Of Own Fraud’