While 2021 will primarily be remembered for the explosive price appreciation seen across crypto assets and NFTs, blockchain gaming also saw a rapid expansion in user adoption and blossomed into taking up more than 50% of all activity across the blockchain industry.

Most of these Web3 games employ a play-to-earn (P2E) economic design where players are rewarded for their time, efforts, and in-game accomplishments. Combining the core gameplay with economic mechanics, most P2E Web3 games rely on rewarding gamers with in-game items in the form of NFTs or with the platform’s native tokens.

This model, however, has proven to be highly unsustainable in bear markets and has compelled Web3 gaming entrepreneurs to shift to a hybrid solution involving both NFTs and fungible tokens (FTs). Offering better liquidity on account of fungible economics, this generation of Web3 games is now being superseded by a revolutionary economic design that could power the P2E Web3 gaming sector toward achieving better sustainability.

NFT-only Web3 games, also known as Gen 0 due to their somewhat underdeveloped economies, are prone to issues regarding token liquidity, asset valuation, and low trade frequency. In such games, low NFT trading volumes restrict the value added to the game economies, negatively impacting the market capitalization of the native tokens even further. Combine this inherent design flaw with a bearish crypto market, and it is not hard to see why many of these games perish in such scenarios.

Additionally, many of these Gen 0 games are merely tokenized versions of Web2 games, functioning outside of a blockchain but employing crypto assets in a bid to latch onto Web3 users. As a result, most of these games do not last beyond the first few months since launch, leaving most of their users with NFTs that do not have any tangible value outside the game. The need for immersive gameplays supported by robust economic designs is therefore critical for the future sustainability of the blockchain gaming sector.

Moving away from NFT-driven economic models toward sustainability

The first step in this direction has been the introduction of the next generation of Web3 games, those employing fungible tokens representing items with higher trading volumes and NFTs for more valuable in-game items.

A notable example is the Star Atlas platform which offers users the opportunity to experience living in space and exploring the future of reality aboard their own customizable spacecraft.

By introducing fungible tokens that have a limited life and can be purchased using the native token within the game, such projects can generate much higher trading volumes and essentially maintain stable supply and demand metrics.

However, with Web3 crypto farming game CropBytes announcing the imminent launch of its Service Economy feature, the space is poised to witness the next evolutionary stage that will introduce gamers to a truly self-driven economic model.

Building for the long term with innovative economic models

Introducing avenues for Web3 investors to partake in the Web3 gaming sector, CropBytes has pioneered the Service Economy concept where gamers can earn income by utilizing assets belonging to investors or traders. Labeling this new model as ‘Get Paid to Play’, CropBytes will allow gamers to use its native CBX token to pay other users for services like growing crops or feeding farm animals on their behalf. Alternatively, they could also lend their NFTs to other gamers in exchange for a fee. 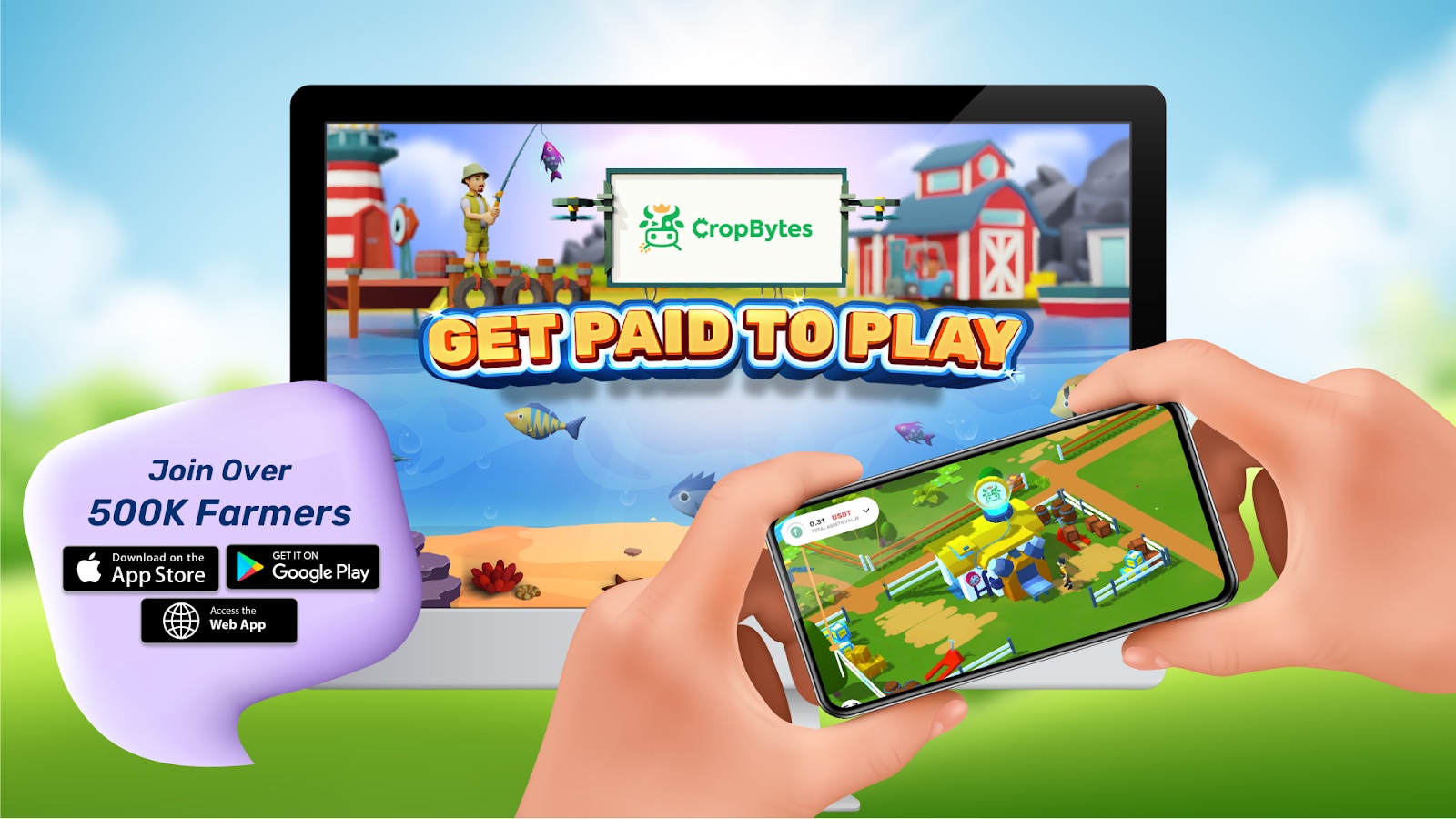 As gamers trade assets and collect in-game items that can be redeemed for CBX tokens, CropBytes is one step closer to unlocking the full potential of blockchain gaming and leveraging the power of crypto to create a sustainable, balanced virtual economy.

Laying down a roadmap for the future of Web3 gaming

The introduction of service economy principles can help the Web3 gaming sector augment transaction volumes and help generate the liquidity necessary to create gaming economies that could sustain prolonged crypto winters, like the one we are experiencing today.

CropBytes was among the very first blockchain games to incorporate the service economy approach, and now big names in the space are following suit. Axie Infinity recently launched its Axie Homeland Alpha, which allows players to farm and breed on their Axie land, generating resources and spending them in the game. Service economy concepts are becoming a go-to approach in the blockchain gaming ecosystem.

What is more, the introduction of governance features will be the next natural progression for the space. However, this will first require existing players to develop large service and fungible economies, in turn supporting them in maturing to a level where investors, token holders, and other stakeholders will govern the broader gaming ecosystems.

Disclaimer. Cointelegraph does not endorse any content or product on this page. While we aim at providing you with all important information that we could obtain, readers should do their own research before taking any actions related to the company and carry full responsibility for their decisions, nor can this article be considered as investment advice.