Why The SEC Could Regret ‘Dropping The Ball’ On Cryptocurrency Regulation

This article was written exclusively for Investing.com

The crypto world has been waiting for the U.S. Securities and Exchange Commission to develop a framework for cryptocurrency regulation. When the SEC establishes the rules and regulations for trading and other activities, the still burgeoning asset class can take a giant step toward mainstream acceptance.

The crypto community cheered when U.S. President Joe Biden appointed Gary Gensler, the former CFTC chairman, to head the SEC. Gensler taught a fintech course at MIT during his hiatus from government service. Moreover, he was instrumental in developing the CFTC’s regulatory approach to , introduced by the Chicago Mercantile Exchange in late 2017.

But the SEC has been dragging its feet on crypto regulation, with one of the sitting commissioners recently saying the regulator needs to accelerate the process.

Since Nov. 10, the price action in the two leading cryptocurrencies, and , has been bearish. 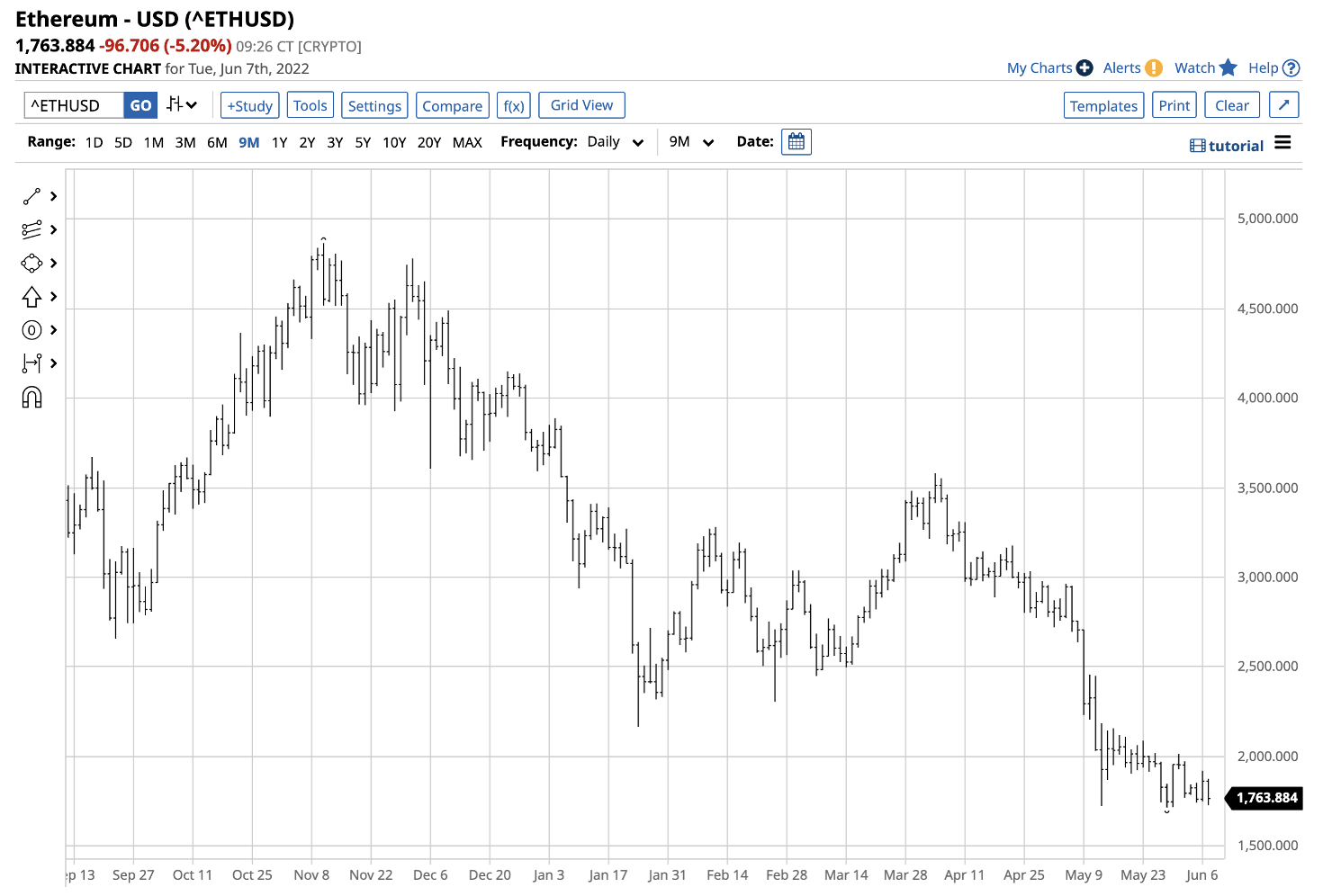 The overall market cap of the cryptocurrency asset class fell from more than $3 trillion to the $1.217-trillion level on June 7. Over the past nearly seven months, the bearish trend has caused speculative interest in cryptocurrencies to decline.

Legislators and regulators were getting nervous as the market cap grew to over the $3-trillion level, citing the rising potential of systemic risk to the global financial system. The decline in values has taken the pressure off the government to address the lingering regulatory issues.

Systemic risks aside, the cryptocurrency asset class competes with the fiat currency system, though El Salvador and the Central Republic of Africa have adopted Bitcoin as their national currencies. The more countries follow the digital currency trend, and increase acceptance of cryptos as a means of exchange, the more the threat to the dollar, euro, pound, yen, and all the fiat currencies grows.

Since the government’s power is at least partially a function of controlling the money supply, the concerns over systemic risks mask the underlying motivation for regulation. As the asset class’s market cap dropped, the need for action declined as well.

In late May, U.S. Securities and Exchange Commissioner Hester Peirce expressed concerns that the SEC has dropped the ball on crypto regulation.

She expressed her concerns to CNBC, saying:

“There’s a lot of fraud in this space, because it’s the hot area of the moment. The other piece that does concern me is the way we’ve sort of dropped the regulatory ball. We are not allowing innovation to develop and experimentation to happen in a healthy way, and there are long-term consequences of that failure.”

She went on to say:

“We can go after fraud and we can play a more positive role on the innovation side, but we have to get to it. We’ve got to get working.”

Without Regulation, ETF And Other Products Stall

In the U.S., the only ETF and ETN products the SEC has approved are those tied to either cryptocurrency futures that trade on the Chicago Mercantile Exchange or those that hold companies related to the asset class. Meanwhile, there are no products that hold physical cryptocurrencies trading on the U.S. stock exchanges.

The SPDR® Shares (NYSE:) is one of the most successful ETF products. GLD began trading in late 2004 and has done an excellent job tracking gold’s price. GLD holds physical gold bullion and is a model for the many cryptocurrency products waiting for the SEC to establish a regulatory framework.

As Peirce points out, the SEC is not “allowing innovation to develop and experimentation to happen in a healthy way.”

Reactive Instead Of Proactive Regulation

The high hopes for regulatory progress in cryptocurrencies under Gensler have stalled. The regulator’s approach seems to mirror the asset class’s price action, which could be a tragic mistake.

Regulating the still-developing asset class while it is under pressure is the perfect time to introduce the rules of the road without interfering with the market. However, it seems like only a price surge will light a fire under the SEC and legislators.

If controlling the money supply is the primary concern, the decline in market cap is a welcome event. However, regulators could look back at the current period as a missed opportunity if Bitcoin, Ethereum, and the other nearly 19,800 cryptos begin to move higher and the speculative frenzy returns to the asset class. The SEC has taken a reactive instead of a proactive regulatory approach, which it may come to regret. Is Ethereum or Solana a Better Buy Right Now?